Although there was some doubt in the morning due to the fog, on Thursday October 7th the Koninklijke Luchtmacht said farewell to the KDC-10 with a flyby over The Netherlands. The conditions at take off were typical for a farewell: grey and a bit chilly. With a lot of vapor over its wings, the KDC-10 took off for one final lap over her home country. Joined by a few dozens spotters and some press I saw her disappear in the low hanging clouds.

A bit under two hours later the cloud base was a bit higher and an uncertain sun greeted NAF45 as she returned and set foot on the runway of Eindhoven for the last time ever. In a few weeks time she will be ferried to the USA where she will start another chapter in her long life.

Edit the day afer: it wasn't the last touchdown only a farewell flight. On Friday she flew again. 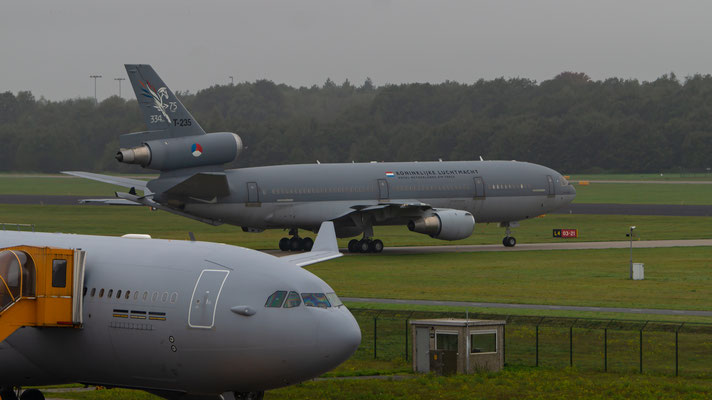 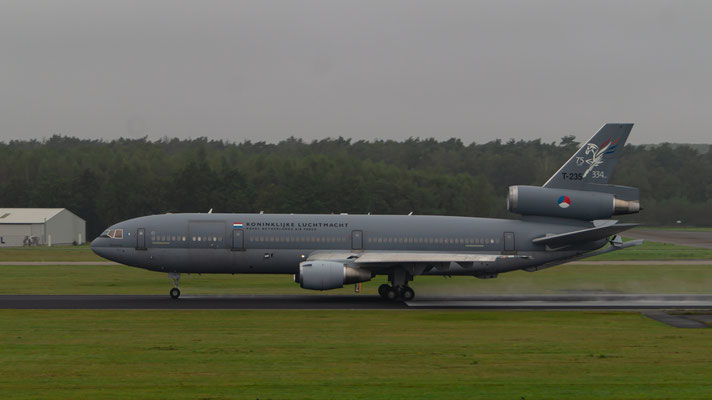 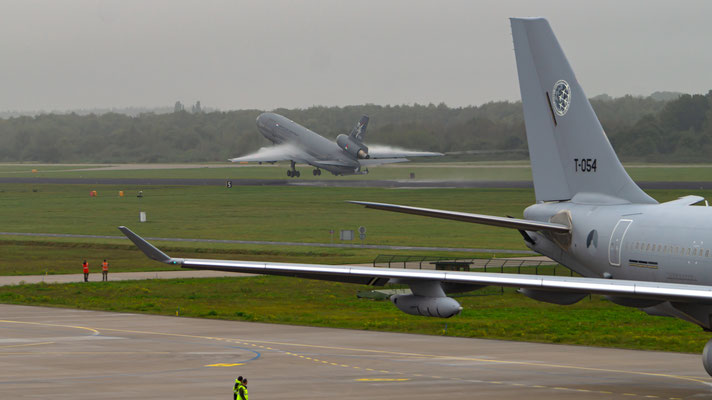 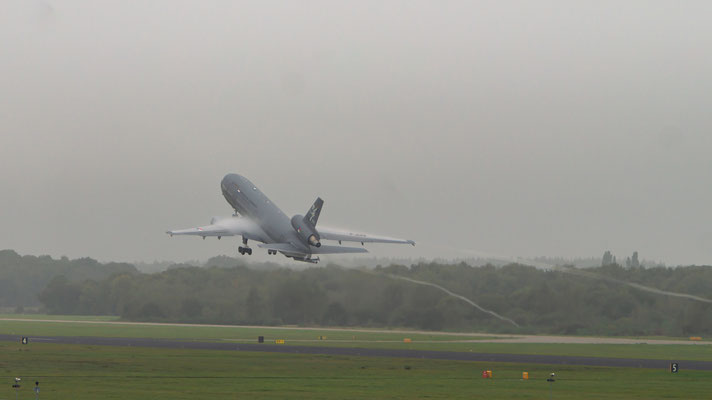 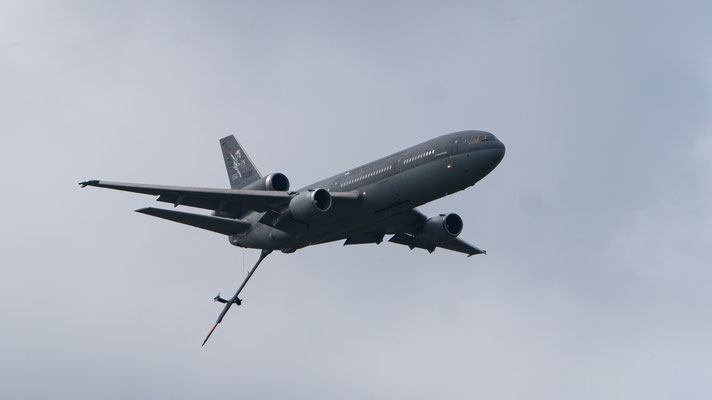 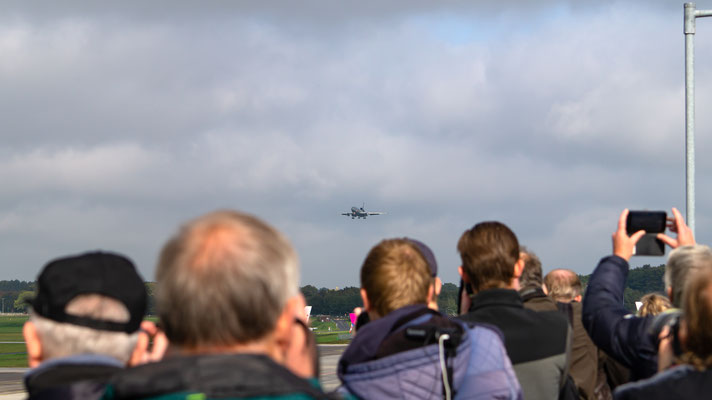 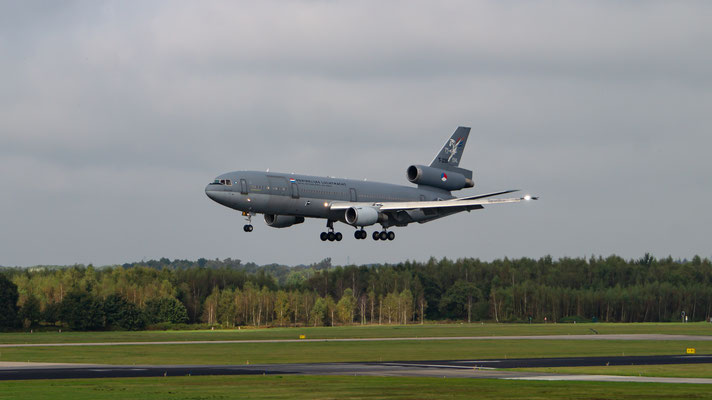 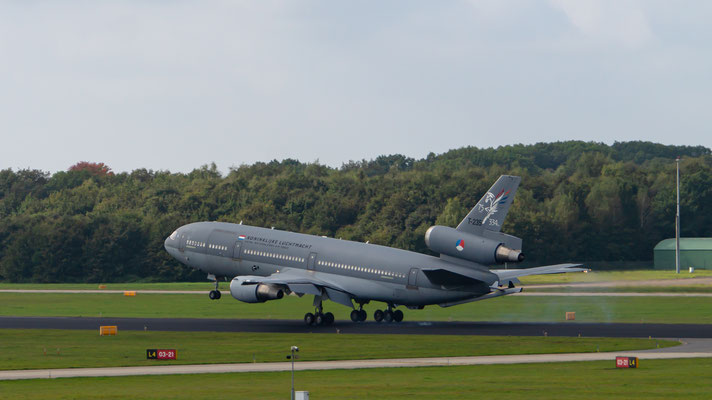 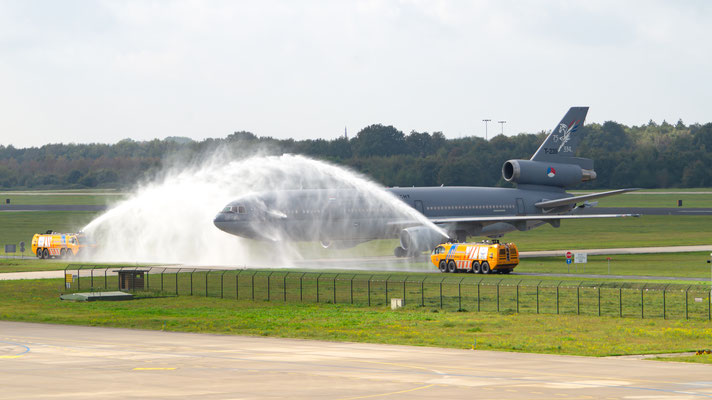 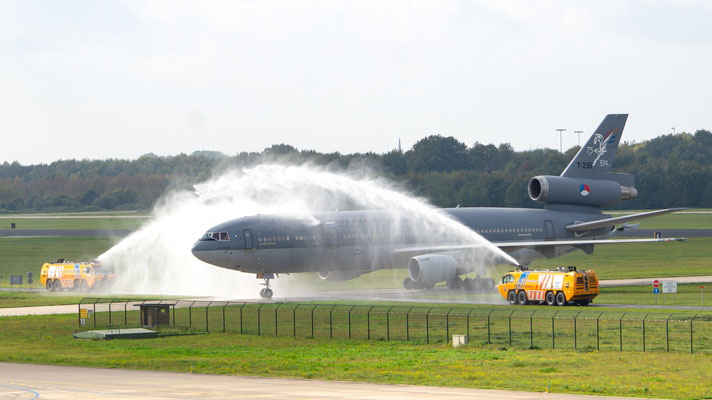